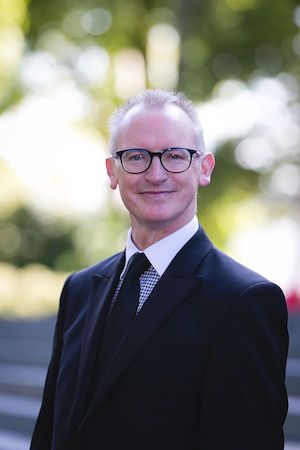 Stephen Doughty enjoys a varied career as a freelance musician. His most recent appointment is as Musical Director of Edinburgh Bach Choir and he has been Musical Director of the Garleton Singers since 1994. He is also Chorus Master of Belfast Philharmonic Choir who, in addition to their regular performances with the Ulster Orchestra, have given a number of world premieres including works by James Whitbourn and American composers Stuart Scott and Christopher Marshall.

After almost 18 years Stephen recently relinquished the post of Organist
and Director of Music of St John’s Episcopal Church, Edinburgh- the first time
since 1991 he doesn’t occupy a church position! He plays harpsichord/organ continuo and orchestral piano with all the Scottish orchestras as well as the Ulster Orchestra and has given frequent organ recitals including several four-star recitals on the grand Mulholland Organ in the Ulster Hall, Belfast, and recitals of French and German music in St. John’s.

As an arranger and orchestrator and has received commissions from Children’s Classic Concerts, Ulster Orchestra and the Royal Scottish National Orchestra as well as a classical/ folk crossover with award-winning band Dallahan marking the anniversary of the Battle of Loos. BBC commissions have been performed at Proms in the Park and BBC Alba and his pieces feature on several recordings.

Finally he is an Examiner for the Associated Board of the Royal Schools of Music.